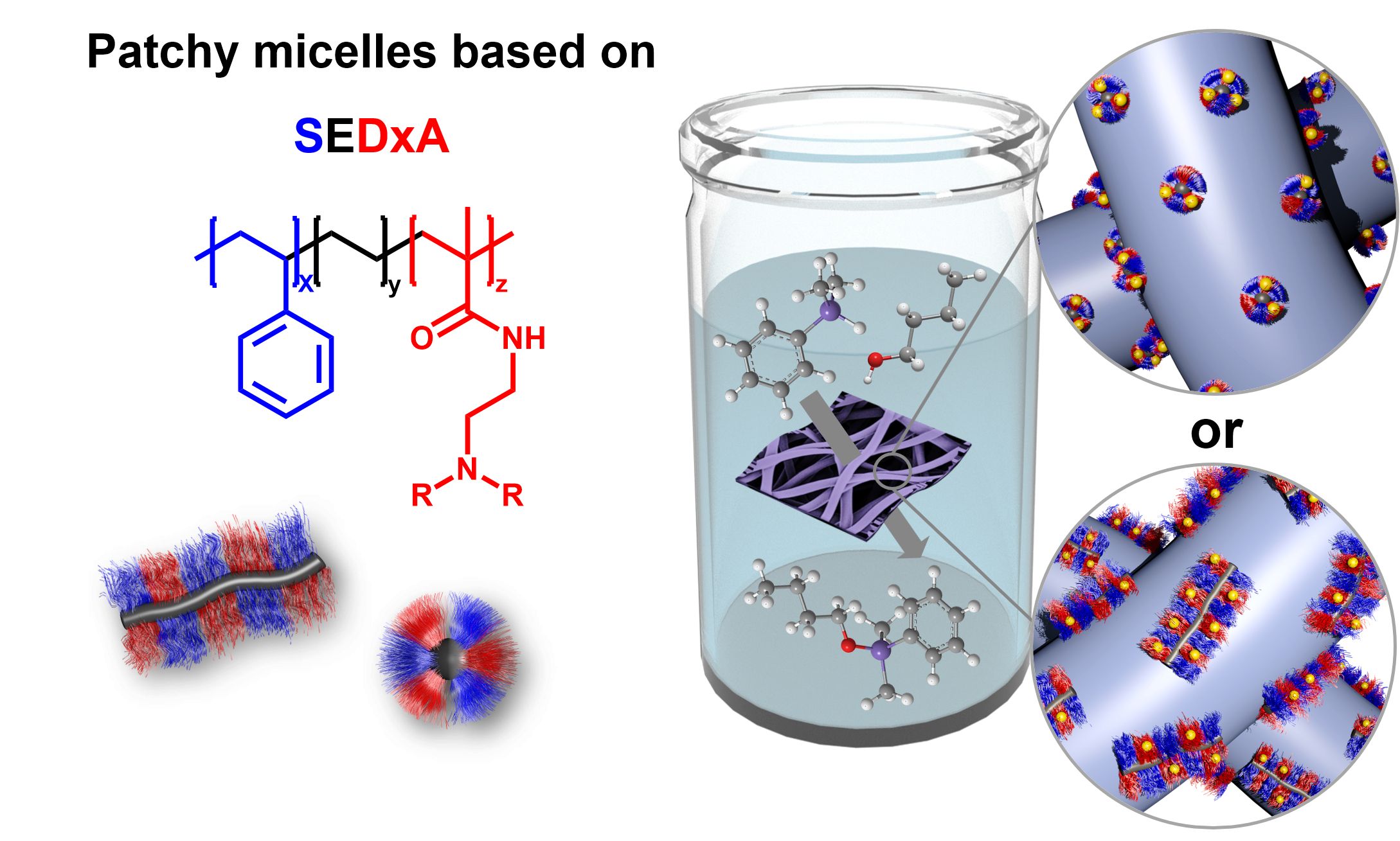 In this work, we provide a detailed study on the influence of patch size and chemistry on the catalytic activity of patchy hybrid nonwovens in the gold nanoparticle (Au NP) catalysed alcoholysis of dimethylphenylsilane in n-butanol. The nonwovens were produced by coaxial electrospinning, employing a polystyrene solution as core and a dispersion of spherical or worm-like patchy micelles with functional, amino group-bearing patches (dimethyl and diisopropyl amino groups, anchor groups for Au NP) as shell. Subsequent loading by dipping into a dispersion of preformed Au NPs yields the patchy hybrid nonwovens. In terms of NP stabilization, i.e., preventing agglomeration, worm-like micelles with poly(N,N-dimethylaminoethyl methacryl¬amide) (PDMA) patches are most efficient. Kinetic studies employing an extended 1st order kinetics model, which includes the observed induction periods, revealed a strong dependence on the accessibility of the Au NPs´ surface to the reactants. The accessibility is controlled by the swellability of the functional patches in n-butanol, which depends on both patch chemistry and size. As a result, significantly longer induction (tind) and reaction (tR) times were observed for the 1st catalysis cycles in comparison to the 10th cycles and nonwovens with more polar PDMA patches show a significantly lower tR in the 1st catalysis cycle. Thus, the unique patchy surface structure allows to tailor the properties of this “tea-bag”-like catalyst system in terms of NP stabilization and catalytic performance, which resulted in a significant reduction of tR to about 4 h for an optimized system.