The preparation of composites of living functional cells and polymers is a major challenge. We have fabricated such “living composites” by preparation of polymeric microtubes that entrap yeast cells. Our approach was the process of coaxial electrospinning in which a core containing the yeast was “spun” within a shell of nonbiodegradable polymer. We utilized the yeast Candida tropicalis, which was isolated from olive water waste. It is particularly useful since it degrades phenol and other natural polyphenols, and it is capable of accumulating ethanol. The electrospun yeast cells showed significant activity of bioremediation of phenol and produced ethanol, and, in addition, the metabolic processes remained active for a prolonged period. Comparison of electrospun cells to planktonic cells showed decreased cell activity; however, the olive water waste after treatment by the yeast was no longer toxic for Escherichia coli, suggesting that detoxification and prolonged viability and activity may outweigh the reduction of efficiency.

Abstract
Cerebral malaria (CM) is a leading cause of malarial mortality resulting from infection by Plasmodium falciparum. Treatment commonly involves adjunctive care and injections or transfusion of artemisinins. All artemisinins that are in current use are metabolized to dihydroxyartemisinin (DHA), to which there is already some parasite resistance. We used artemisone, a derivative that does not convert to DHA, has improved pharmacokinetics and anti-plasmodial activity and is also anti-inflammatory (an advantage given the immunopathological nature of CM).We examined controlled artemisone release from biodegradable polymers in a mouse CM model. This would improve treatment by exposing the parasites for a longer period to a non-toxic drug concentration, high enough to eliminate the pathogen and prevent CM. The preparations were inserted into mice as prophylaxis, early or late treatment in the disease course.

The most efficient formulation was a rigid polymer, containing 80 mg/kg artemisone, which cured all of the mice when used as early treatment and 60% of the mice when used as a very late treatment (at which stage all control mice would die of CM within 24 h). In those mice that were not completely cured, relapse followed a latent period of more than seven days. Prophylactic treatment four days prior to the infection prevented CM. We also measured the amount of artemisone released from the rigid polymers using a bioassay with cultured P. falciparum. Significant amounts of artemisone were released throughout at least ten days, in line with the in vivo prophylactic results. 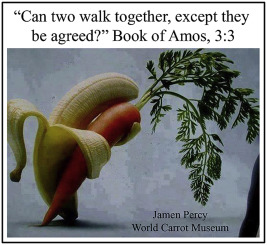 The current treatment of schistosomiasis is based on the anti-helminthic drug praziquantel (PZQ). PZQ affects only the adult stages of schistosomes. In addition, resistance to PZQ is emerging. We suggest a drug, which could serve as a potential alternative or complement to PZQ, and as a means of treating infections at earlier, pre-granuloma stage. Derivatives of the peroxidic antimalarial drug artemisinin have been indicated as alternatives, because both plasmodia and schistosomes are blood-feeding parasites. The mechanism of action of artemisinins is related to oxidative effects of the artemisinins on intracellular reductants leading to formation of cytotoxic reactive oxygen species. We used artemisone, which has improved pharmacokinetics and anti-plasmodial activity, and reduced toxicity compared to other artemisinins in clinical use against malaria. We infected adult mice by subcutaneous injection of S. mansoni cercariae (about 200) and treated them at various times post infection by the following methods: i. artemisone suspension administered by gavage (400–450 mg/kg); ii. subcutaneous injection of a gel containing a known concentration of artemisone (115–120 mg/kg); iii. subcutaneous insertion of the drug incorporated in a solid polymer (56–60 mg/kg); iv. intraperitoneal injection of the drug solubilized in DMSO (115–120 mg/kg). Drug administration in polymers was performed to enable slow release of the artemisone that was verified in vivo and in vitro bioassays using drug-sensitive malaria parasites. We found superior strong anti-schistosome effects up to a total reduction of worm number, mainly following repetitive treatments with the drug absorbed in the polymers (73.1% and 95.9% reduction in mice treated with artemisone in gel 7 and 14, and 21, 28 and 35 days post infection, respectively). The results indicate that artemisone has a potent anti-schistosome activity. Its main importance in this context is its effectiveness in treating hosts harboring juvenile schistosomes, before egg-deposition and induction of deleterious immune responses.