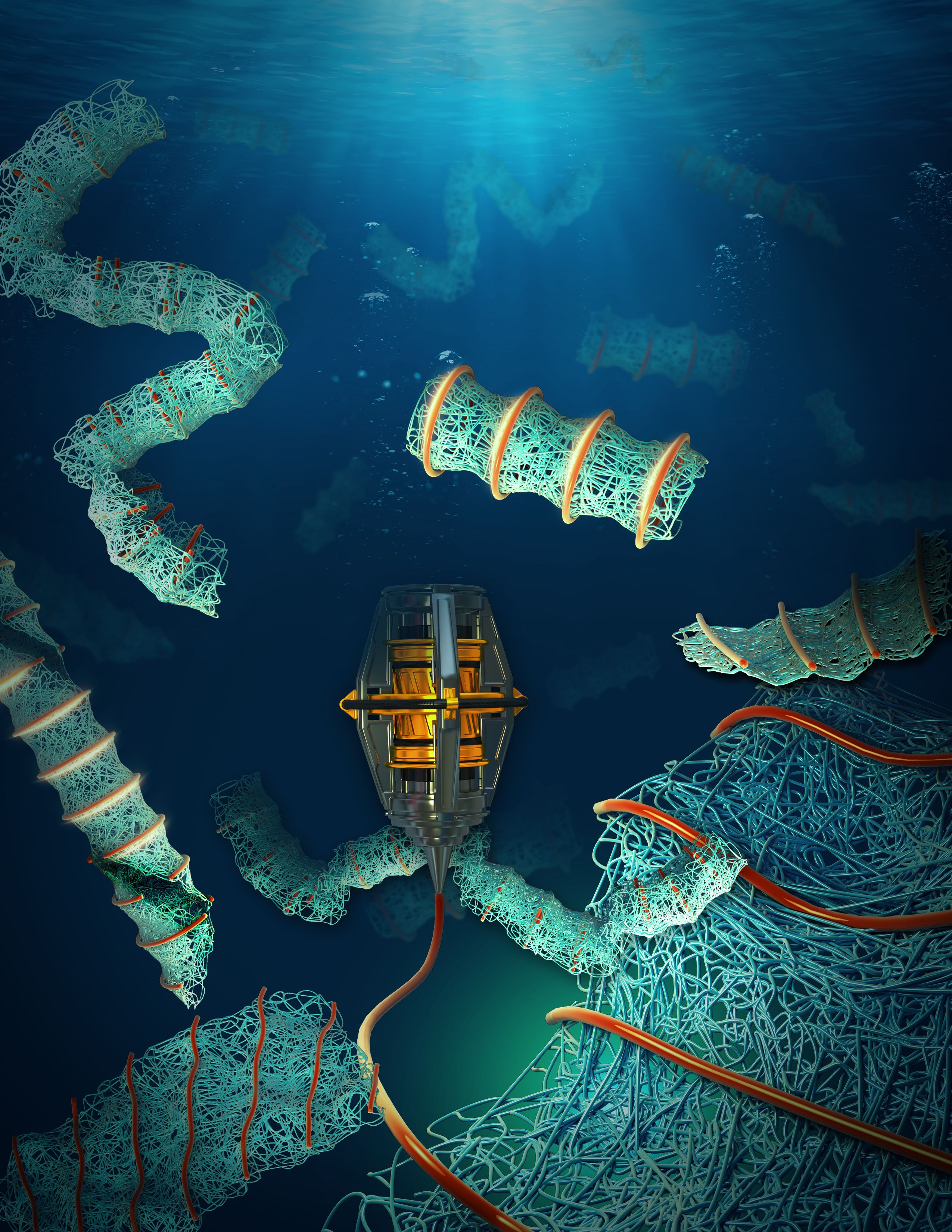 Porous structures have emerged as a breakthrough of shape-morphing hydro-gels to achieve a rapid response. However, these porous actuators generally suffer from a lack of complexity and diversity in obtained 3D shapes. Herein, a simple yet versatile strategy is developed to generate shape-morphing hydrogels with both fast deformation and enhanced designability in 3D shapes by combining two promising technologies: electrospinning and 3D printing. Elaborate patterns are printed on mesostructured stimuli-responsive electrospun membranes, modulating in-plane and interlayer internal stresses induced by swelling/shrinkage mismatch, and thus guiding morphing behav-iors of electrospun membranes to adapt to changes of the environment. With this strategy, a series of fast deformed hydrogel actuators are constructed with various distinctive responsive behaviors, including reversible/irrevers-ible formations of 3D structures, folding of 3D tubes, and formations of 3D structures with multi low-energy states. It is worth noting that although poly(N-isopropyl acrylamide) is chosen as the model system in the present research, our strategy is applicable to other stimuli-responsive hydrogels, which enriches designs of rapid deformed hydrogel actuators.