Fate of So-Called Biodegradable Polymers in Seawater and Freshwater 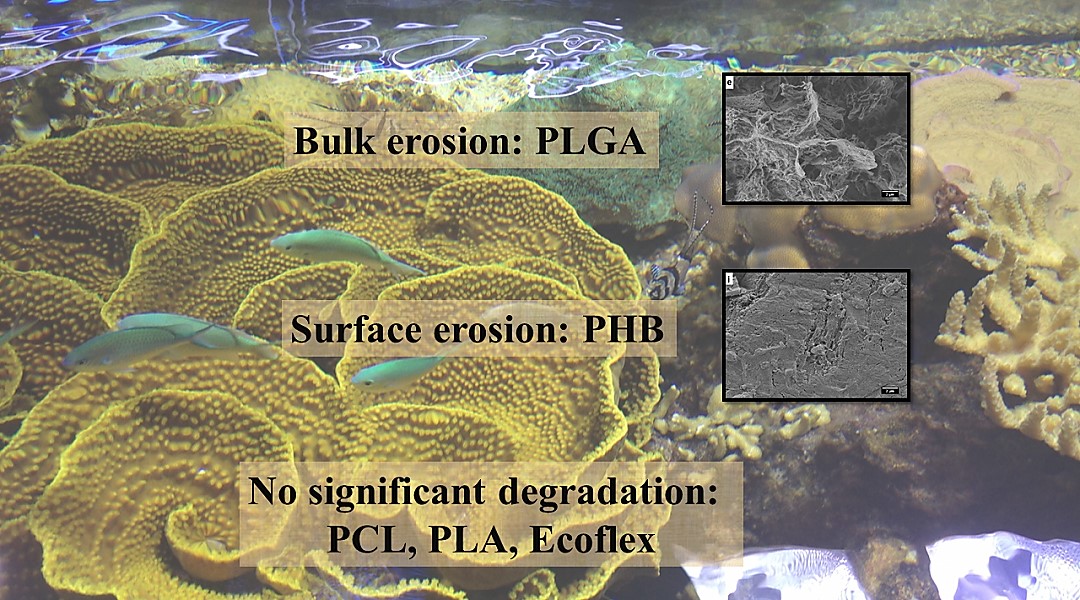 The stability of polymers with C[BOND]C and stable C[BOND]heteroatom backbones against chemicals, hydrolysis, temperature, light, and microbes has challenged society with the problem of accumulation of plastic waste and its management worldwide. Given careless disposal of plastic waste, large amounts of plastic litter accumulate in the environment and disintegrate into microplastics. One of the questions frequently raised in the recent times is if so-called biodegradable polymers can substitute conventional polymers for several applications and help to tackle this challenge. The answer is not so simple as biodegradability is a certified property occurring only under certain environmental conditions and therefore requires systematic study. As a first step, this study focusses on comparative degradation studies of six polymers (five taken from the so-called biodegradable polyesters, including poly(lactic-co-glycolic acid) (PLGA), polycaprolactone (PCL), polylactic acid (PLA), poly(3-hydroxybutyrate) (PHB), Ecoflex, and one well-known non-degradable polymer poly(ethylene terephthalate) (PET) in artificial seawater and freshwater under controlled conditions for 1 year. Only amorphous PLGA shows 100% degradation as determined by weight loss, change in molar mass with time, NMR, electron microscopy, and high-performance liquid chromatography. This is a step forward in understanding the degradability of polyesters required for the design of environmentally friendly novel polymers for future use.